Today I am sharing cards made with Spellbinders’ November large die set Santa’s Helpers. This set is good for making Santa & Elf’s head and body. Also, there is a perfect die set “Santa’s Reindeer” to make a deer head. If you want to complete the full body of the deer, you have to pair with the November’s large die.

With these two dies (Santa’s Helpers and Santa’s Reindeer)  I created a cute Christmas card!

Look at the Santa and deer! Awwww…aren’t they so cute?

To make a background, I used a blending technique with the oxide inks on the A2 sized some white cardstock. And I then applied water splashes to make a water-drop texture as a photo shown above. 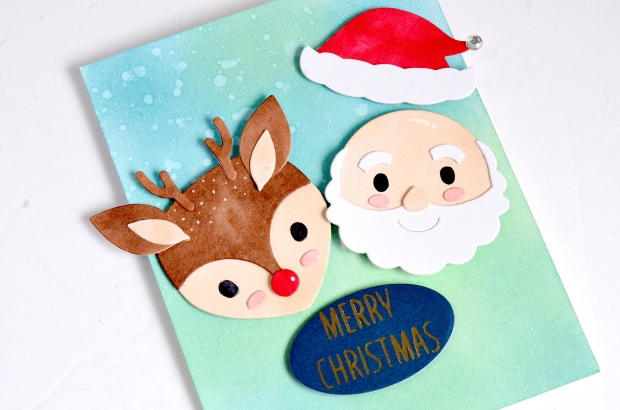 Next, I used Santa’s Helpers and Santa’s Reindeer die sets with white cardstock to make their heads. After cutting all the paper, I coloured them with markers. I don’t have colour papers that I want to use for these two heads so I coloured them. 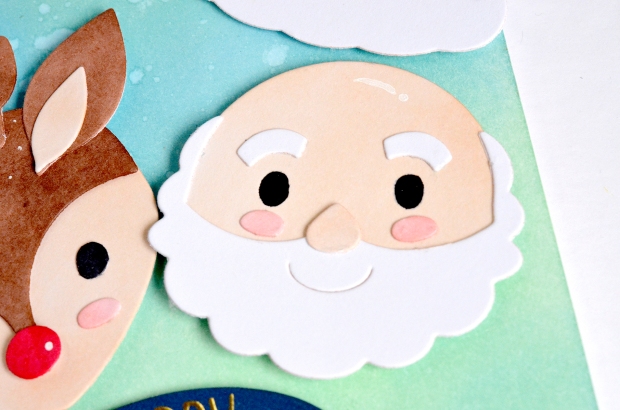 I assembled face and then I drew some light reflection on Santa’s head and draw dots on the deer head using a white pen.

Lastly, I adhered the banner to the bottom of the two heads. For the banner “Merry Christmas” I used Ornament Glimmer Hot Foil Plate  with a gold foil.

Here is my second project. I made Santa and Elf shaped cards. The body has a scoreline at the top to allow to create a shaped card. So the body became a folded card base. So you can use it as a card or you can insert a gift card or money. 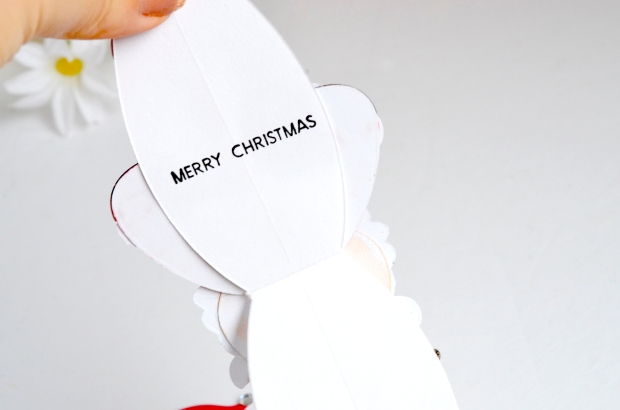 If you want to hold a gift card, you should glue or tape the bottom of the area (inside) which is Santa’s boots and then you can insert the gift card. It can hold the gift card well.

Also, the body and arms are designed in a way to allow you to add a candy cane, a folded bill, paper or money behind the body.

Here is a video that Spellbinders made. It helps you how to assemble Santa and Elf. And this spellbinders’ blog helps you to step by step instructions   https://www.spellbindersblog.com/november-2019-large-die-of-the-month-is-here-santas-helpers/.

That’s all for today! Don’t miss out! This Santa’s Helpers large die are available on November 1st – 30th.

If you want to see more spellbinders projects click the image below or find categories and select spellbinders as the image shown below. Happy crafting!

This site uses Akismet to reduce spam. Learn how your comment data is processed.